I am PSTC - Ken Lane

Over the past 11 years Ken has made a significant impact as the General Manager of Thomas Bus of Georgia, a department of Peach State Truck Centers. 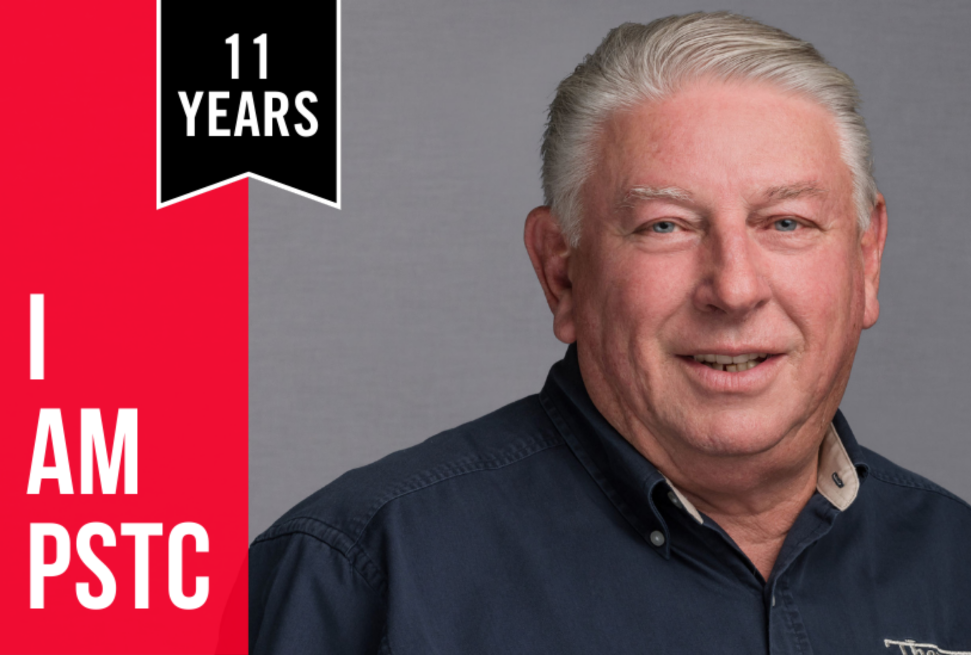 I am PSTC - Ken Lane

Over the past 11 years Ken has made a significant impact as the General Manager of Thomas Bus of Georgia, a department of Peach State Truck Centers.

Ken has been with Peach State since 2011, but his career journey began in Australia where Ken is from.

He joined the military at an early age, became a Leading Signalman with the Royal Australian Navy and completed his service just short of 10 years. That’s when Ken discovered the automotive industry in 1978 and became a general manager after a solid grounding in sales and finance for a couple Ford dealerships. Ken had big goals for his career and dreams of moving to the United States—the mecca of the motor industry—to achieve them. He worked towards that goal and moved to the US in 2009, starting work at a Ford dealership right down the street from Peach State.

Soon, one of Ken’s friends asked him if he wanted to come work at Peach State Truck Centers. When Ken decided to join Peach State, he started out selling new and used trucks. The Thomas Built Buses brand of school buses became part of Peach State when the company acquired Atlanta Freightliner in 2007. Peach State believed in the safety and quality of Thomas Buses and wanted to grow the business. In 2014, Ken was asked to take over as general manager and focus on delivering the best bus with the best service to the state’s school systems. Ken believed the role gave him an opportunity to develop something special.

Ken started by hiring the right people with the same drive to make a positive difference in the lives of others. He wanted a team that was not only dedicated to helping the school systems, but one that understood the business operations of the school systems. This single element has proven to be a huge differentiator for Peach State and Thomas Bus of Georgia.

“When people have walked in the shoes of others, they can provide a different level of service,” said Ken. “Many of the Thomas Bus of Georgia team members have worked in transportation for the school systems Peach State services, giving them the knowledge and experience to support these customers in the best possible way. They understand, and can anticipate what our partners need, and deliver meaningful solutions. I love working with the school systems because of what they do and their priority to get kids to and from school safely. Thomas Bus is truly the safest and best bus on the market.”

When Ken took over Thomas Bus of Georgia, Peach State was delivering around 160 buses a year. Now after eight years of dedicated focus and challenging work, Thomas Bus of Georgia is delivering at least 500 buses a year. Ken believes this strong foundation will allow our teams to grow and provide even more help as the industry changes with the availability of electric school buses. This dedicated focus on teamwork, clear policies and procedures, adequate training, experienced people that have worked in the school system and great relationships will help keep Ken’s legacy strong.

When asked about what sets Thomas Bus of Georgia apart, Ken stated, “It is the whole package. Not only do we provide an amazing product, but we also have the parts and service teams to continue helping our school systems. You must have good backup. Without that, the product quality does not hold as much value.”

Ken will miss the job and the team he has built, but he is looking forward to moving back to Australia and spending quality time with his family in retirement. When he looks back on his time with Peach State Truck Centers, Ken thinks of his team who are now his friends. “I am proud of my Thomas Bus of Georgia team for their work ethic and dedication to our school systems. I have really enjoyed working with Rick Reynolds and learning from his leadership. He is an absolute gentleman.”

As he moves into retirement, he says his biggest accomplishment is the team he built. He is proud to leave Thomas Bus of Georgia in the hands of Gary Carlisle, the division’s new General Manager. Peach State Truck Centers, and specifically Thomas Bus of Georgia, will miss having Ken around, but the company is happy he will be reunited with his family in Australia.

When people have walked in the shoes of others, they can provide a different level of service.